For ambitious pilot aspirants from India who are looking to do their Pilot Training in abroad, BBFA is like a blessing to the students as the academy is located in Canada, a country whose transport rules and regulations  resembles to that of India.

Blue Bird  provides all the training as per the guidance of Canada Transport. Canada Transport strictly follows the Director General of Civil Aviation standard and requirement. All the training and flying hours which is conducted in Blue Bird is approved by DGCA. This helps the Indian students to easily clear the examination for obtaining Commercial Pilot License (CPL) in India.

On the completion of RTR at bluebird, the student is exempted from giving Part 1 and Part 2 Radio Examination in India. This reduces the burden from Indian students to clear the Radio Examination while Indian Pilot Trainees from countries apart from Canada are in a mandatory situation to give these examinations.

Similarly, along with the quality training at Bluebird flight academy, complete assistance is also provided to help convert the Canadian Private License to the students respective country's pilot license upon students return home. So the Indian students who prefer working in their native country won't have much difficulty to earn their living as professional pilots in India as back home the students has to appear for a composite exam only.

Also because BBFA school follows the line to line instructions given by Canada Transport, DGCA and ICOA, it give a full time training of 200 hours  on air, 15 hours Regency requirements along with 50 yours Pilot Training In Command Cross Country and 40 hours of Instrument Rating. This as a whole is very beneficial to the Indian students.

Besides all these benefits given by the Canada transport for the Private Pilot Trainees, it is important to know that Ground School Training of Canada is considered as one of the best all over the world. The Ground School Training underwent at Canada is also very much helpful in India. One of the BBFA, in realizing this, has been successful in providing the utmost quality of Ground Training to the students. Such quality education at best flying school has helped the students to improve their skills  in conquering the sky.
Posted by Unknown 11 comments:

Those who aspire to take up a career in aviation, it is of utmost importance for them to choose the right Flight training school. So what are the qualities that a student should keep in mind, while searching for a Perfect training academy.
A flying institute should provide an aspiring pilot a complete integrated course that helps to build an Overall personality of the student. The school provides the required License Training Program, which Is crucial for students to pass the examination for Private Pilot License, along with that it should Provide a friendly environment to the students.
Blue Bird Flying Academy, situated in Vancouver, Canada, is the most acclaimed academy in North America. The academy provides multi-dimensional, quality training program which focuses on the Overall development of the students and helps them to discover the best in them. BBFA have a highly qualified and vastly experienced faculty which is dedicated to ensure that the training is par excellent. And for those students who come from non- English speaking background, they provide special English Classes for their benefit.
The academy is located in a favorable geographical zone which is suitable weather condition for flying, So the students get an uninterrupted and superior training environment. BBFA have deployed standard Operating procedures, centers are equipped with proper, modern-day training facilities and provide well Maintained and reliable fleet of aircrafts which ensures safety and quality education. Also the institution Is service oriented not profit oriented unlike many other institutions which just work as profit making Machinery, so the fee is very nominal and pocket friendly.
The students are provided with friendly environment, best amenities and accommodation for a Comfortable stay. 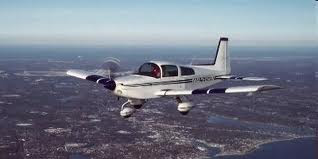